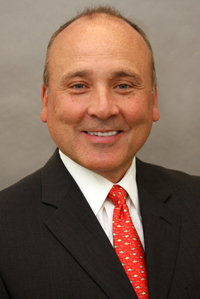 Thomas Meléndez is a highly seasoned senior investment management executive with over 30 years of experience. Having lived on three continents and worked in a multitude of developed and developing nations, he possesses a unique global business perspective in addition to an understanding of both the investment process and the marketing component of the investment management industry. Thomas retired from a successful 17-year career at MFS Investment Management in 2019, where he was an Investment Officer and an Institutional Equity Portfolio Manager of the firm's global and international equity portfolios. Thomas has experience in creating and launching products in both the U.S. and Latin America. In this capacity he had oversight responsibility for the MFS International Diversification Fund which he started and grew to $18 billion, the MFS Research International Portfolio and was a member of the MFS Emerging Markets Portfolio team. During his tenure at MFS he was instrumental in helping to grow the firms’ non-U.S. equity assets from approximately $5 billion to over $200 billion. In addition to these responsibilities Thomas co-managed the Institutional Portfolio Managers at MFS. His professional leadership responsibilities have included establishing business footprints in local non-U.S. markets, coordination of global sector team’s investment ideas, and vehicles and developing strategic initiatives for investment team’s synchronization with marketing.

Prior to MFS Investment Management, Thomas spent eight years at Schroders Investment Management where he served as a Latin American Portfolio Manager in London and as the general manager for its operation in Argentina. Thomas is also a highly sought-after speaker and writer who can communicate complex financial topics to audiences of various sophistication levels.

In addition to his professional experience, Thomas is recognized as a philanthropic and mission-driven leader. Thomas previously served on the Board of Trustees for The Robert Toigo Foundation and ASPIRA of New York, and is a current member of the Board of Trustees for Boston's Children Hospital and The Partnership of Boston. Along with his wife, Aixa Beauchamp, Thomas has also been involved in the creation of the Latino Legacy Fund, the first Latino focused fund in the greater Boston area; the Massachusetts United for Puerto Rico Fund to support nonprofits assisting with disaster relief efforts after Hurricane Maria; and Boston Children's Hospital Milagros para Niños, which strives to improve the health and well-being of children in New England and around the world.

Thomas is also the recipient of numerous awards, including being recognized as one of the 100 influential Latinos in Massachusetts by El Planeta newspaper and as a HIPGiver by Hispanics in Philanthropy, honoring Latinos who have made exceptional contributions to their communities. Thomas was honored twice by the Robert Toigo Foundation for Leading by Example and for a Lifetime of Achievement.

Thomas earned his bachelor of science degree in accounting from Long Island University and his master's of business administration in finance and international business from Columbia University.