What is an undescended testicle?

Undescended testicles, also known as cryptorchidism, is a fairly common and normally painless congenital condition in which one or both of a baby's testicles (testes) have not moved into the proper position. One to 2 percent of male infants are affected.

In some cases — about 20 percent of affected boys — an undescended testicle will descend (or “drop”) on its own within the child’s first six months of life. Those that don’t will require surgery. 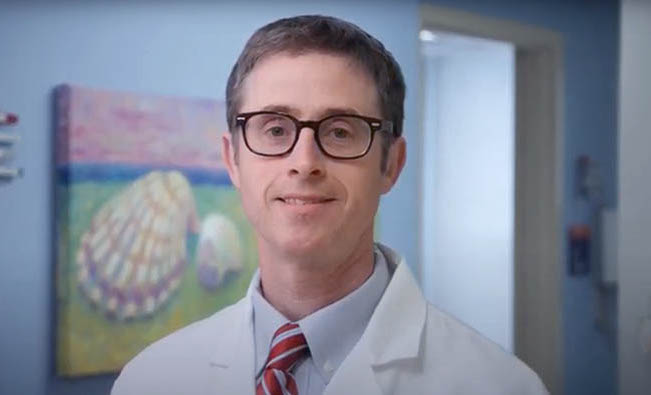 Why prompt referral is key

For pediatricians, knowing when and how to contact a urologist is crucial since speedy diagnosis and treatment can reduce complications.

What are the symptoms of an undescended testicle?

If your baby's testicle appears to be “sometimes there and sometimes not,” we call that testicle retractile. It’s a normal condition that requires no treatment.

What causes an undescended testicle?

Experts have yet to identify any single cause of undescended testicles. The following factors may interfere with the normal descent and development of the testicles:

What are the problems associated with an undescended testicle?

Undescended testicles can increase the risk of infertility. Normally, when the testicles are in the scrotum, they’re about three to five degrees cooler than they would be if they remained inside the body's abdominal cavity. The warmer temperatures inside the body may impair the development of the testicles and may affect the production of healthy sperm when the boy is older.

Boys born with undescended testicles are also slightly more prone to testicular cancer, even after corrective surgery. The advantage of surgery, however, is that it moves the testes into a place that allows for routine self-examination, which could lead to early detection of any abnormalities later in life.

How are undescended testicles diagnosed?

A primary care doctor will first perform a full genital examination and will try to locate the testicle if it is not in the scrotum. If one can't be felt, your son may be referred to a pediatric urologist or pediatric surgeon for a more complete examination and to rule out two related conditions — etopic testicles and retractile testicles.

If the scrotum is empty, the doctor may first try to determine if your child has ectopic testicles, a related condition in which the testicle is somehow diverted from its normal pathway of descent. As a result, the testicle lies in an abnormal location outside this pathway. To check for this, the physician will feel the areas where ectopic testicles are sometimes located.

Retractile testicles move in and out of the scrotum. Your doctor may try to rule out this condition by trying to bring the testicle downward. If the testicle can be brought all the way into the scrotum, no treatment is required. If your doctor determines that the testicle is not ectopic or retractile, the diagnosis is usually an undescended testicle. Your child will then be referred to a pediatric surgeon or urologist for further evaluation.

What are the treatment options for undescended testicles?

If your son's testicle does not descend on its own before his first birthday, his surgeon will most likely recommend a type of surgery called orchiopexy to move the testicle down into the scrotum.

If the testicle can be felt in the groin, orchiopexy will probably be done through a small incision in the groin. The surgeon will free the testicle from its location in the abdomen and maneuver it into the scrotum. Children often go home later that day or the next morning.

If the testicle cannot be felt in the groin (this occurs in one out of five boys with an undescended testicle), the testicle may be in the abdomen or may simply be absent. Further exploration is necessary to make sure a testicle is not left in the abdomen in order to permit the testicle to function properly and to reduce the risk of cancer developing undetected in that testicle.

What are the complications associated with surgery?

Complications from surgery are relatively rare, but in some cases can include bleeding and infection. The most common complication — which is still quite rare — is when the moved testicle goes back up into the groin. In this case, doctors will need to perform another surgery. In very rare cases, a testicle can lose its blood supply, which will render it nonviable. It will then become scar tissue. But again, this is very rare.

Your son may feel some discomfort after his operation, but most boys feel better after about a day. Your doctor will probably recommend that your son avoid sitting on riding toys for about two weeks in order to prevent injury to the testicle. You can expect annual follow-up examinations so the doctor can check that the testicle is growing normally.

What is the long-term outlook for children with undescended testicles?

Boys who have two undescended testicles — a much lower percentage of patients — do have a significantly lower fertility rate. A child with undescended testicles is slightly more prone to develop testicular cancer, even after corrective surgery. However, surgery performed before puberty may reduce the risk of developing cancer.

Parents should know that cases of cancer related to undescended testicles are rare. Having the surgery is important in that the testicle is located where a young man can palpate a mass if it should develop.

How we care for undescended testicles

Some undescended testicles will eventually move into their proper position without any sort of treatment within the first six months of a baby’s life; those that do not will need to be moved surgically.

Boston Children's Hospital was one of the nation’s first hospital to use laparoscopy — a minimally invasive surgical procedure that involves looking into the abdomen through tiny incisions and utilizing miniaturized, highly sensitive operating tools, cameras, and telescopes. Today, we perform more pediatric laparoscopic procedures than any other center in New England.

Our physicians also use laparoscopy to move intra-abdominal testicles into the scrotum. This allows for the optimal positioning of the testicles in the scrotum. Most importantly, our clinicians are well practiced in both laparoscopy and the treatment of undescended testicles in general. We treat three to four kids with the condition each week.

Do undescended testicles cause pain?

No, there is no pain associated with this condition.

Will my child need x-rays?

In most cases, a doctor will not be able to feel an undescended testicle by hand. However, imaging is not routinely necessary to evaluate for testicles that have not descended into the scrotum. In most cases, ultrasounds, computed tomography (CT) scans, and magnetic resonance imaging (MRI) have not been shown to be beneficial or helpful in the management of undescended testicles.

Will my child need surgery?

If your child’s testicle does not descend on its own, his surgeon will most likely recommend surgery to move it down into the scrotum around your baby's first birthday. The surgery, called orchiopexy, reduces long-term effects including risk of cancer or infertility, and will improve your son’s body image through adolescence and adulthood.

Can orchiopexy reduce my son’s chances of being infertile or developing undiagnosed testicular cancer?

Warmer temperatures inside the body can impair the development of the testes and may affect the production of healthy sperm. Orcheopexy moves the testicles into the scrotum, where they’re about three to five degrees cooler than they would be if they remained inside the abdominal cavity. This improves the chances of fertility later in life.

Orchiopexy also makes it possible for young men to easily and routinely examine their testes to detect any abnormalities such as testicular cancer.

Will my child’s genitals look ‘normal’?

The surgeons at Boston Children’s are experts in the surgical treatment of undescended testicles and are committed to making your son’s genital area look as normal as possible. Further genital repair is generally not necessary, though the area will be re-evaluated at different points in care and/or at different ages in your child’s development.

Will my son still go through puberty?

Yes, your son should still go through puberty.

If I have another son, will he also have undescended testicles?

There is no evidence that undescended testicles have a genetic component.

Will my son be able to play sports?

Definitely. The expectation is that your son should be able to enjoy a normal, active childhood just like his siblings, friends, and classmates.

Will my son be able to have children of his own?

What are the chances my son may develop testicular cancer when he gets older?

Boys born with undescended testicles are slightly more prone to testicular cancer, even after corrective surgery, and at a rate of less than 1 percent. However, recent studies suggest that surgical repositioning may help in early detection of a testicular mass prior to the spread of disease, which may reduce the rate of malignancies. It is important to note that testicular cancer is most often curable, given the available treatments. At Boston Children’s, we are at the forefront of research and committed to improving the long-term outlook for boys born with undescended testicles.

The clinicians in the Department of Urology diagnose and treat diseases of the urinary tract (kidneys, ureters, bladder, and urethra) and male genitalia and reproductive tract in infants, children, and adolescents.

The Department of Pediatric Surgery at Boston Children's Hospital provides general and specialized surgical services to infants, children, and adolescents suffering from a wide range of congenital and acquired conditions.