GI Feeding Tube Users: if you do not have ENFit tubes, you may need an adapter to deliver feeds or medications. Contact your pharmacy or home care company.

About Us | Gary R. Fleisher, MD

Request an Appointment Request a Second Opinion Contact Us 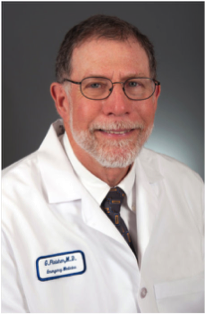 Dr. Fleisher graduated from Jefferson Medical College in 1973, winning the Edward Moore Pediatrics Prize, and obtained his postgraduate training at the Children's Hospital of Philadelphia, where he served as Chief Resident and as a fellow in Pediatric Infectious Diseases. He achieved certification from the ABMS in Pediatrics, Pediatric Infectious Diseases, Emergency Medicine, and Pediatric Emergency Medicine (PEM). Currently, Dr. Fleisher is the Chairman of the Department of Pediatrics and the Physician-in-Chief at Boston Children’s Hospital, and the Egan Professor of Pediatrics at Harvard Medical School (HMS).

Dr. Fleisher's research has focused on basic and clinical aspects of common infectious diseases encountered in children. Funded by the National Institutes of Health, the World Health Organization, and industry, his investigations have led to a better understanding of pathophysiology, diagnosis, and treatment for several diseases, particularly bacterial infections of the bloodstream and meningitis. He is the author of over 150 original publications, appearing in high-impact journals including the NEJM, JAMA, and JCI. He has served the academic pediatric community as President of Society for Pediatric Research, as president of the American Pediatric Society, as a member of the Board of Directors of the Association of Medical School Pediatric Department Chairs, and through membership on NIH Study Sections.

Dr. Fleisher has played an active role in the education of students, residents, fellows, and practicing physicians. He has edited several textbooks, and in 1995, received the Janeway Award for Excellence in Teaching from the residents at Boston Children’s. In 2001, he was the recipient of the A. Clifford Barger Excellence in Mentoring Award at HMS. Over 100 fellows graduated from the programs in Pediatric Emergency Medicine in Philadelphia and Boston during his tenure at those institutions, many of whom have become department chairs, division chiefs, or senior investigators in academic pediatrics.

Dr. Fleisher has a longstanding and deep commitment to national and international child health. He served for many years as the commander of Pediatric Specialty Team I, a response team of the National Disaster Medical System that responds to domestic and foreign disasters. His deployments have included medical missions following Hurricane Marilyn in the U.S. Virgin Islands in 1996, the bombing of the World Trade Center in New York in 2001, an earthquake in Bam, Iran, in 2003, Hurricane Katrina in Mississippi in 2006, and the Haitian earthquake in 2010. In 2014, he deployed to Arizona to provide medical care to unaccompanied minors immigrating to the United States.

Request an Appointment Request a Second Opinion Contact Us