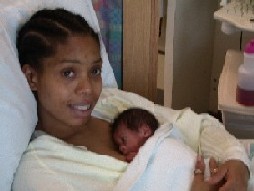 The development of a behaviorally-based developmental care and intervention approach referred to as Newborn Individualized Developmental Care and Assessment Program (NIDCAP) (www.nidcap.org) has been tested for infants born at <1250g birthweight, <28 weeks gestational age, in need of endotracheal ventilation in the first 24 hours and at high risk for lung disease and intraventricular hemorrhage.

We have shown that the application of NIDCAP exhibits effectiveness in terms of significantly improved lung function, reduction in intraventricular hemorrhage, feeding effectiveness, physical growth, improved neurobehavioral and brain neurophysiological functioning at two weeks after expected due date, at nine months and one year, and preliminarily at eight years. Our recent multi-center trial replicates the majority of these findings. A reflective process analysis component has identified key characteristics necessary for the successful implementation of developmental care in NICUs. 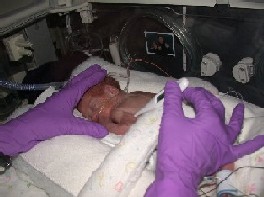 In addition, two current follow up studies aim to assess the effectiveness of the NIDCAP intervention for preterm infants at school age and adolescence. Infants in these populations were randomly assigned in the NICU to either a treatment group which received individualized developmental care or to a control group which received the standard NICU care of the time. These populations include: 1) School-aged children who were previously studied at two weeks and nine months corrected ages (CA). Half of these children were appropriate in growth for gestational age at birth (AGA) and half were FGR at birth. A group of children who were born healthy at fullterm are studied for comparison. 2) Adolescents aged 14-21 years CA who were previously studied at two weeks and nine months CA and who were born at <1250g birthweight, <28 weeks gestational age and in need of mechanical ventilation for at least 24 of the first 48 hours.