Here is a summary of some of the recent (and exciting!) results to come out of the Arnett Lab studies. 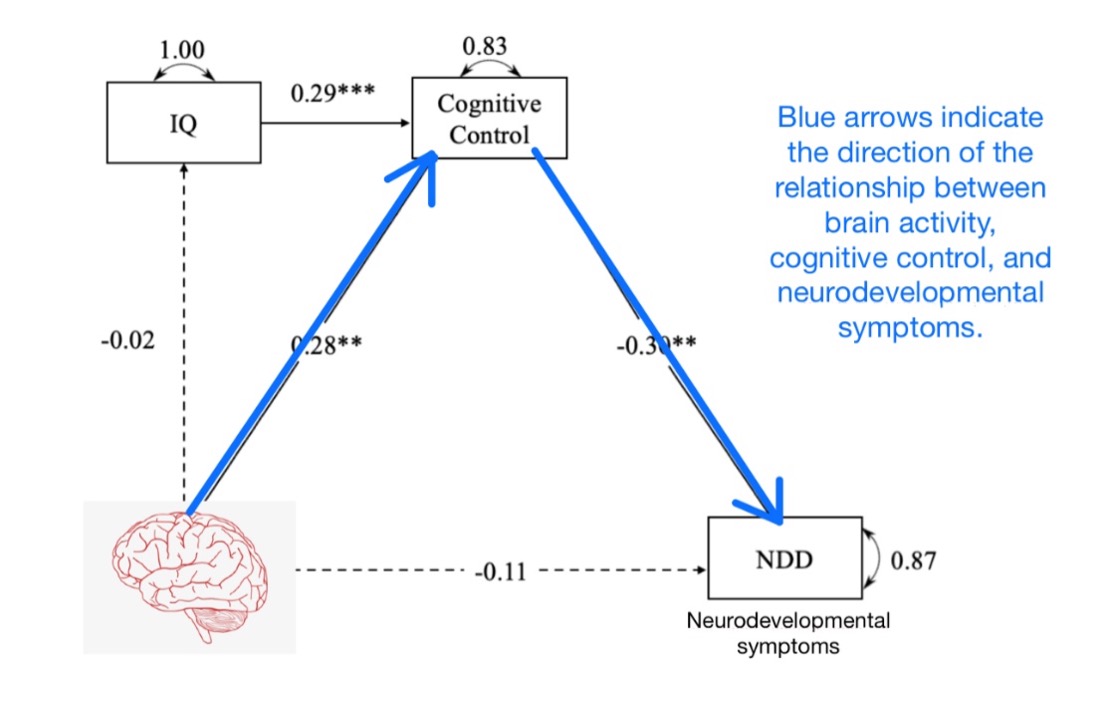 The aperiodic spectral slope is an EEG-acquired measure of background brain activity. In a poster presented at a conference for the American Professional Society of ADHD and Related Disorders (APSARD) in January 2022, Dr. Arnett and colleagues reported that children with ADHD show flatter aperiodic slopes in comparison to typically developing controls during a lights-off resting condition, but not in a lights-on condition. Overall, the brains of control children appeared to have adjusted their spectral slope across all conditions whereas the ADHD children’s brains did not. This paper will be available soon in the Journal of Child Psychology & Psychiatry. 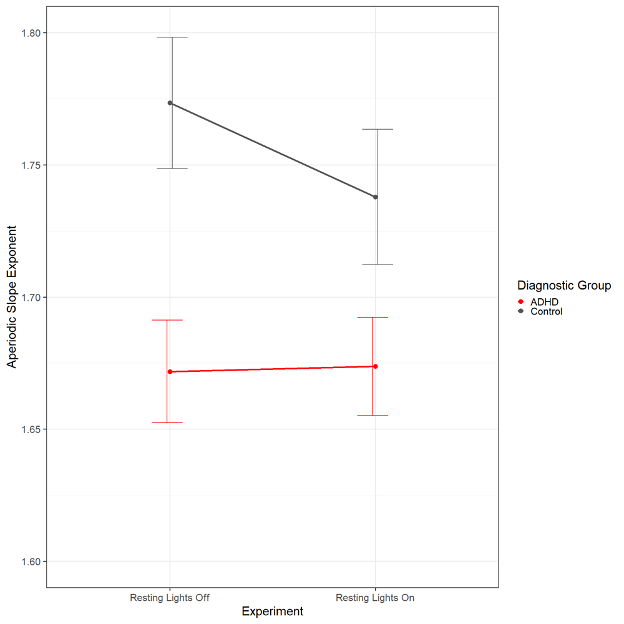 Next, we will write about what is happening in children’s brains when they make a mistake. Here is a sneak preview — the Error Related Negativity component (measured with EEG) is much more pronounced for non-ADHD compared to ADHD participants. Could that explain the lack of post-error slowing in ADHD? 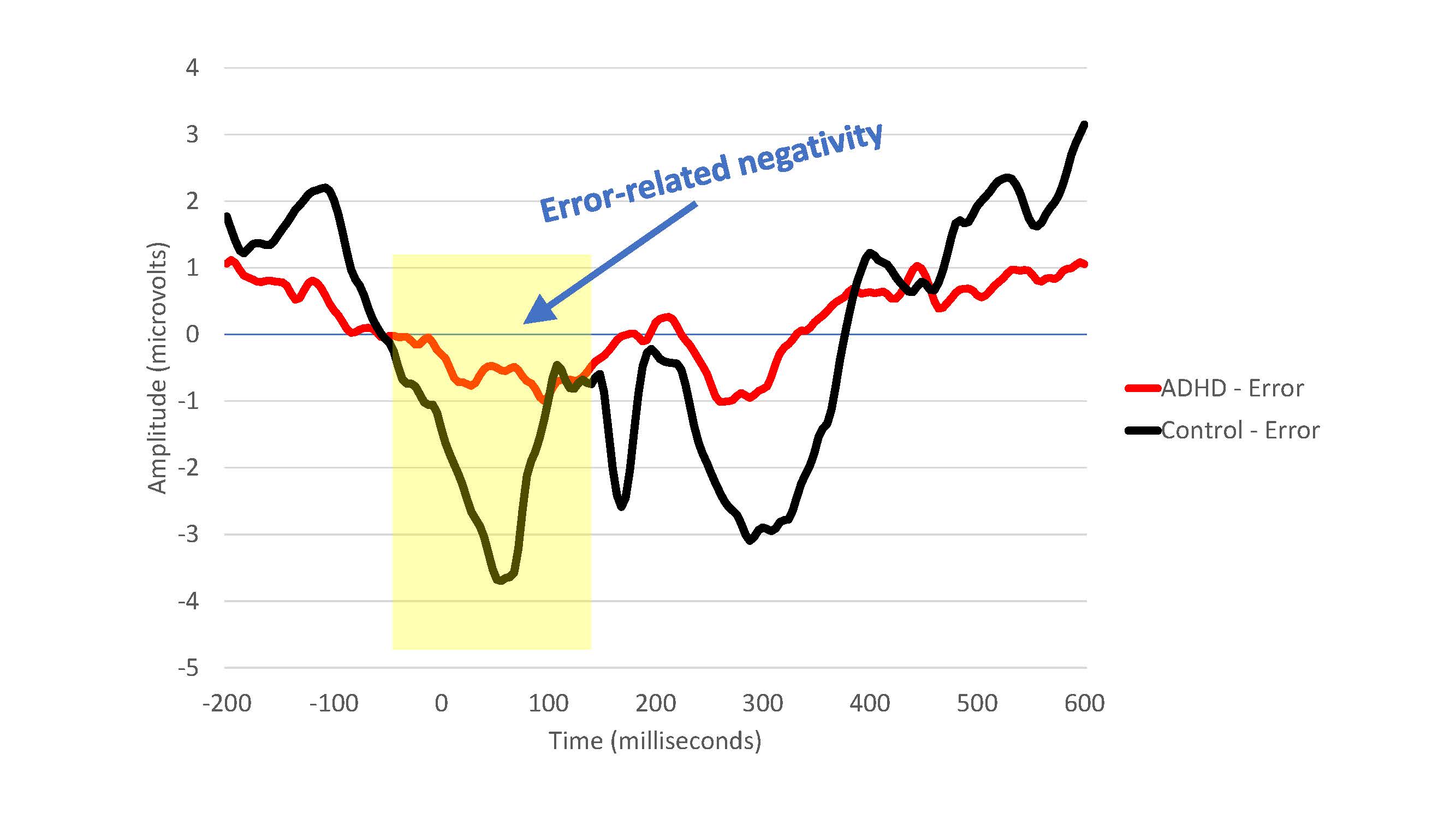 Methylphenidate (e.g., Concerta, Ritalin) is commonly used to treat children with ADHD; however, individual responses to this medication vary considerably. Dr. Arnett and her colleagues at the University of Washington recently published a paper in the journal Frontiers in Neuroscience demonstrating that electroencephalography (EEG) may be used to predict whether a child will show ADHD symptom improvement on methylphenidate. Specifically, this study found that the resting aperiodic slope (a measure of background neural oscillatory patterns) and the novelty P3 amplitude (a measure of neural firing) together achieve moderate to high accuracy in predicting parent-report of prior methylphenidate response. Children with reduced P3a amplitude may respond more positively to methylphenidate compared to children who have normal P3a amplitudes and flatter aperiodic slope. 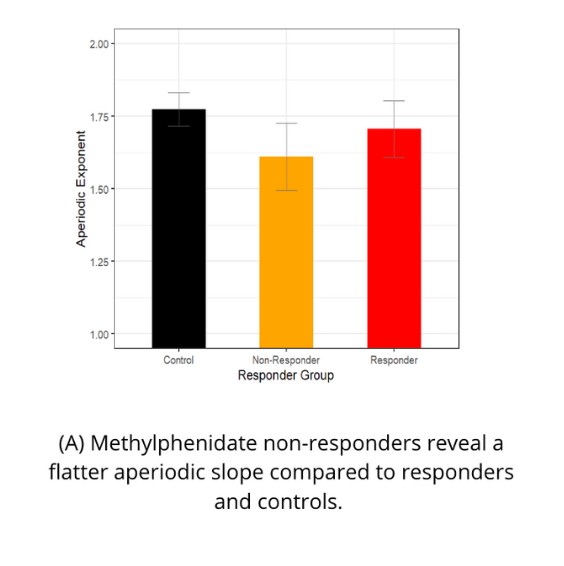 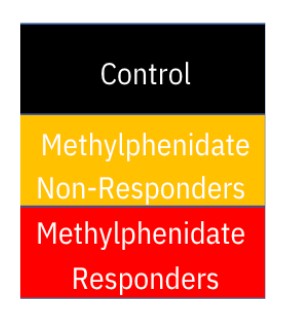 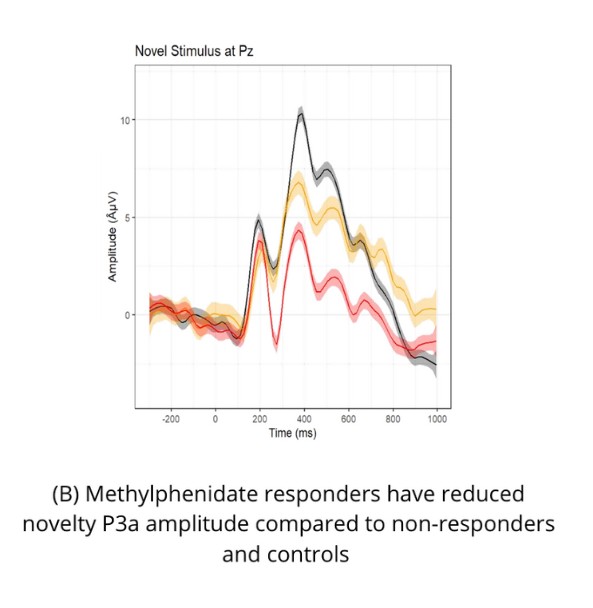