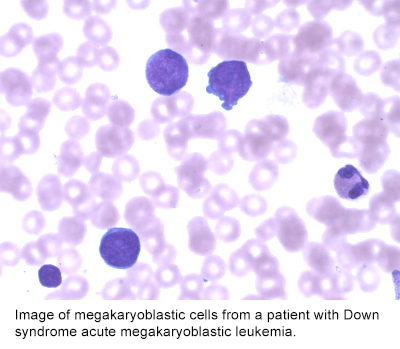 Many of the same transcription factors and associated epigenetic cofactors involved in normal hematopoiesis are mutated in various human leukemias or pre-leukemic conditions. These typically occur as early events in the disease process, providing a “window of opportunity” to intervene in order to reduce the risk of full transformation to leukemia. A major focus of our work in the Cantor Lab is on further understanding the mechanisms by which mutations in these factors contribute to leukemogenesis, and to translate this information into new therapies to prevent leukemia from developing in at-risk individuals.

In particular, we study a number of leukemia predisposition disorders associated with germline and somatic mutations in normal hematopoietic transcription factors, including RUNX1, GATA1, GATA2, and certain ETS factors. Current focus areas of basic/translational research in the Cantor lab on leukemogenesis include: 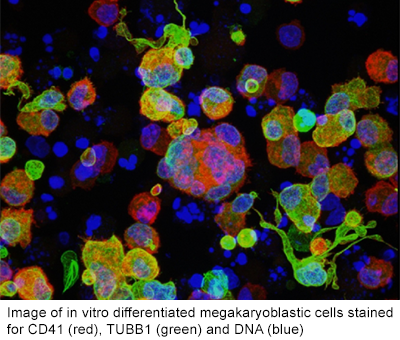 The Cantor lab has a special interest in megakaryocytes (Mks), which are the cells that produce blood platelets. Many of the transcription factors that we study play critical roles in Mk differentiation. Compared to other blood lineages, there is much less known about megakaryopoiesis. This is in part due to the rarity of these cells within the bone marrow (~0.5-1% of total nucleated cells) and the relatively recent cloning and purification of the major growth factor for Mks, thrombopoietin. Many outstanding questions remain regarding megakaryopoiesis including understanding the molecular mechanisms governing cell fate choice of bi-potent Mk-erythroid progenitor (MEP) cells for the Mk lineage, the molecular mechanisms that mediate endomitosis (an unusual cell cycle feature in which Mks abort cytokinesis in anaphase B to generate cells of high DNA ploidy), and the mechanisms that regulate proplatelet and platelet formation in vivo. In addition, there are interesting close connections between Mks and hematopoietic stem cells (HSCs) including high overlap of regulatory factors, close developmental hierarchy, and the participation of Mks in the HSC niche. Current focus areas of basic/translational research in the Cantor lab on megakaryopoiesis include: