Boston Children’s Hospital is one of a handful of centers offering a new, minimally invasive laser therapy or laser ablation surgery to remove tumors or diseased brain tissue that is too deep inside the brain to safely access with usual neurosurgical methods.

Light energy from a laser is used to destroy the abnormal tissue with precision, guided by advanced magnetic resonance imaging (MRI). This ablation procedure is an excellent option for children with deep brain tumors or seizures caused by abnormalities deep within the brain, who have not been helped by medication and for whom surgery would normally be considered unsafe.

The entire process takes about four hours, and most children can go home the next day. Pain is minimal.

Laser ablation: how it works

These videos describe what happens in the ablation procedure, step by step.

First, the neurosurgical team places a frame on the child’s head with a set of markers that will help the surgeon calculate a safe path to the diseased tissue, without harming healthy parts of the brain. The child then goes into the MRI scanner.

The surgeons study the MR images to pinpoint the location of the targeted tissue and, with the help of computer software, plan a path through the brain. The coordinates of the laser’s path are manually dialed into a head frame that will guide the placement of the laser probe.

With the guide frame in place, the surgical team then parts the child’s hair, drills a small hole through the scalp — about one-eighth of an inch wide — and positions an anchor that will keep the laser steady. The laser applicator — a tube about the width of a strand of spaghetti — is inserted and guided through the brain to the diseased area. The laser is threaded through this applicator, and the guide frame is removed.

The child then goes back into the MRI scanner. After confirming that the laser sheath is placed correctly, the neurosurgeon carefully outlines the target to be heated, performs a small “test firing” of the laser to make sure the correct area heats up, and adjusts the laser tip’s position as needed. The laser is then turned back on to heat and destroy the diseased tissue. Aided by software and an MRI “heat map,” the surgeon watches that temperatures aren’t too high and that nearby healthy tissue is spared. If the diseased area is large or unusually shaped, the laser may need to be positioned in more than one spot. Once the diseased tissue is destroyed, the laser applicator is taken out and the scalp is closed with one stitch.

For more information or to schedule an evaluation, contact Joseph Madsen, MD, or Scellig Stone, MD, PhD, in the Department of Neurosurgery.

Photos from one of our recent laser ablations 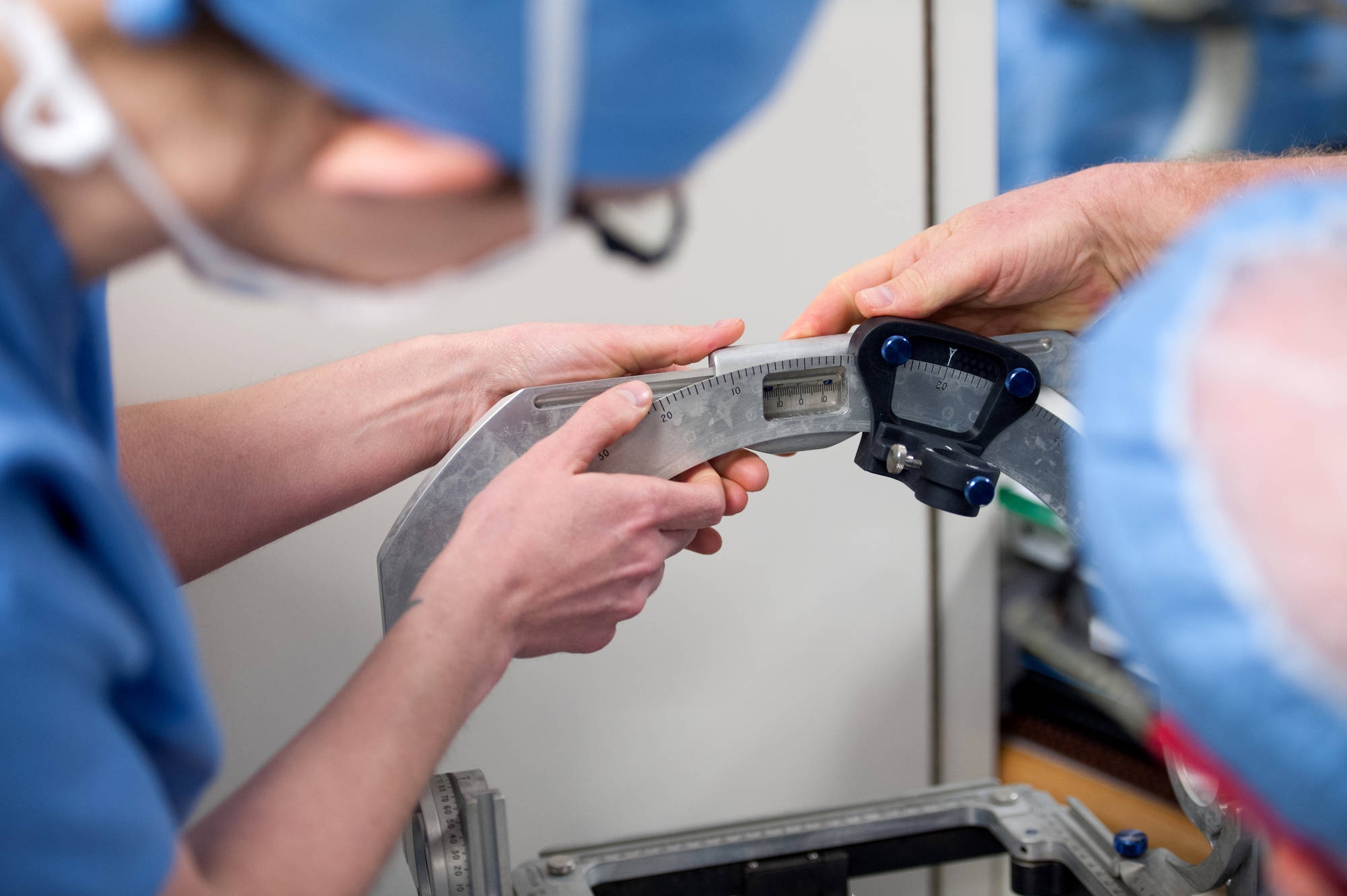 A frame is placed on the child’s head in preparation for magnetic resonance imaging (MRI) to help the neurosurgical team determine the safest path to the diseased brain tissue. 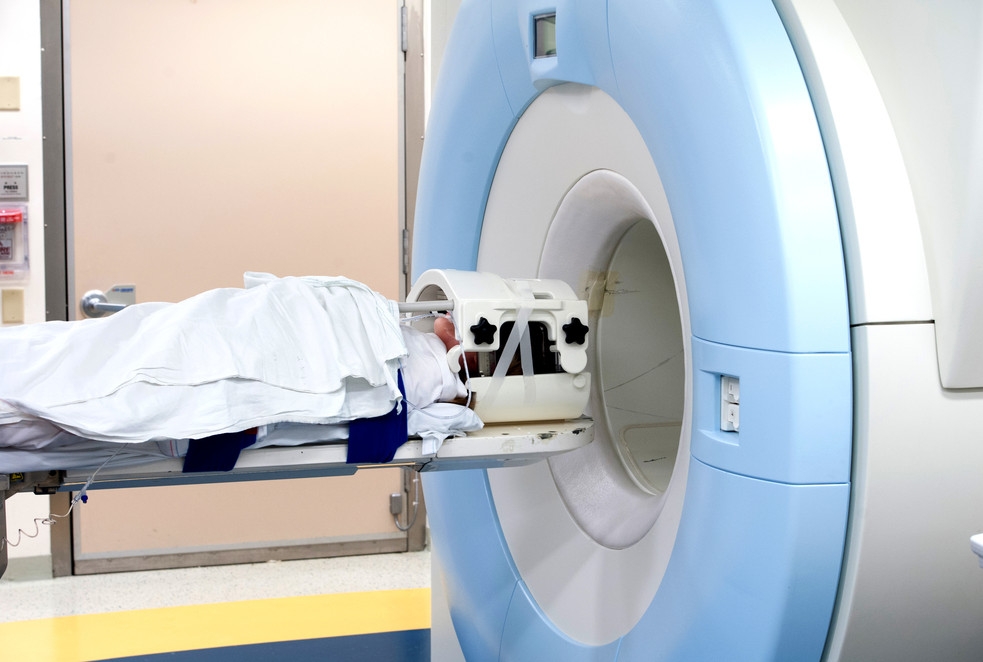 The child goes into the MRI scanner. 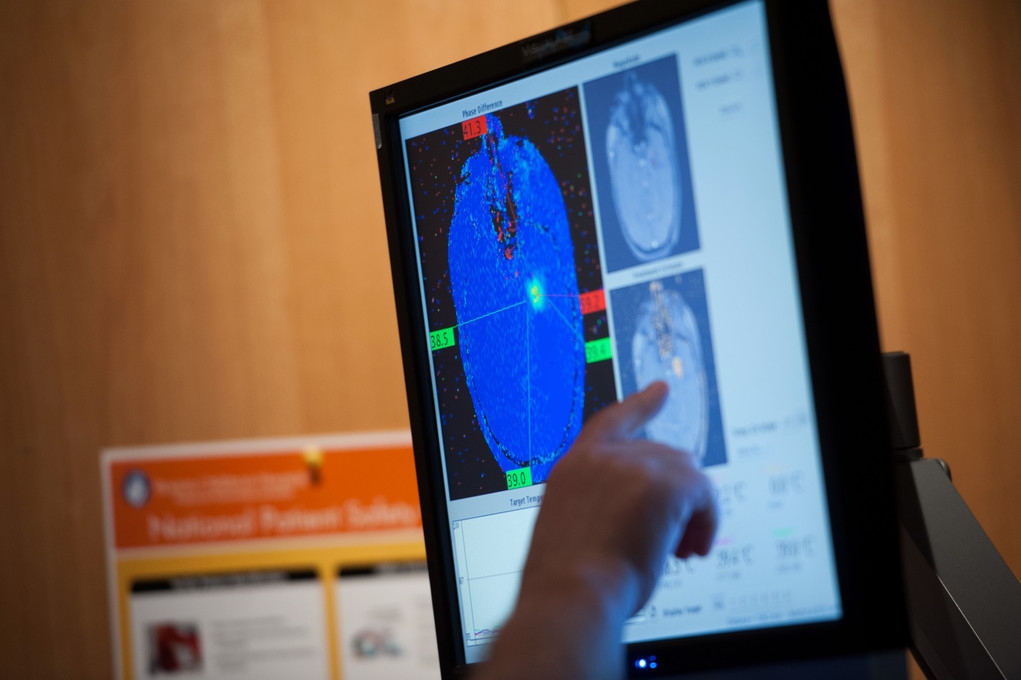 As the ablation laser destroys the diseased tissue, the team views a “heat map” based on the MRI scan to make sure the surrounding healthy tissue is unharmed.

Boston Children's was the first pediatric neurosurgical service in the world, established in 1929. Our doctors are involved in scientific research that offers new hope for children with brain, spine, and nervous system disorders.