What is pyruvate kinase deficiency?

Pyruvate kinase (PK) deficiency is a rare, genetic, lifelong condition that affects red blood cells. Symptoms can be vary greatly. How it affects one person can be significantly different from how it affects another person. In some instances, the disorder can be life-threatening at birth. Other individuals may have mild or no symptoms of the disorder and go undiagnosed into adulthood. And others may develop symptoms during childhood or as adults. The main symptom, hemolytic anemia, can be associated with fatigue or low energy.

Red blood cells have a flexible shape called a biconcave disc, which looks like a flattened sphere. This flexible shape allows the cells to squeeze through narrow blood vessels (capillaries) as they deliver oxygen to the body. Healthy red blood cells can squeeze through the smallest capillaries located in the spleen, a filtering organ in the abdomen. 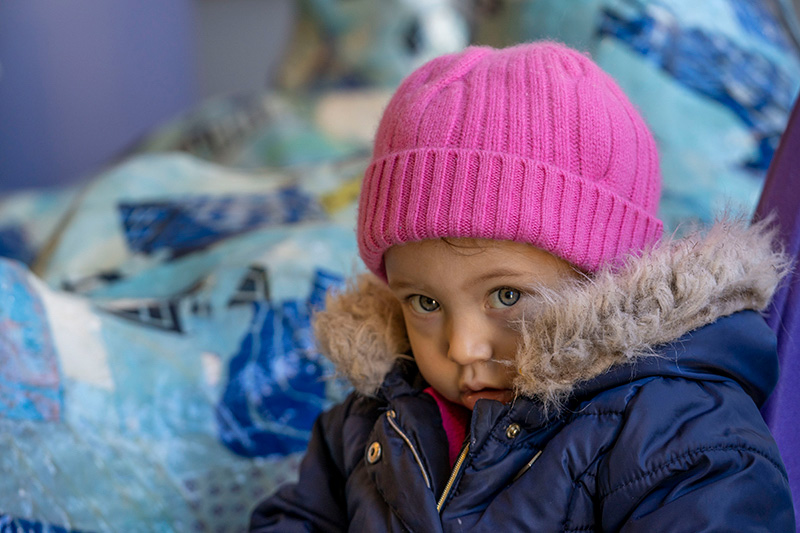 The role of pyruvate kinase

Red blood cells make energy by converting glucose, a sugar, into pyruvate, an important molecule in metabolism, and a high-energy molecule called adenosine triphosphate (ATP) in a multistep process called glycolysis. Pyruvate kinase is an enzyme that makes the last step in this process happen. It converts a protein called phosphoenolpyruvate into pyruvate and ATP. Less pyruvate kinase results in less ATP, so red blood cells have less energy and begin to break down.

How common is PK deficiency?

PK deficiency is rare, estimated to occur in three to eight per 1,000,000 people. It is equally common in men and women. People with PK deficiency are from all over the world. Although most mutations are rare, some specific amino acid changes are found more commonly in particular populations, such as the Amish community, the Romany population, and in some Mediterranean countries.

How is PK deficiency diagnosed?

PK deficiency is present from birth. However, some individuals are not diagnosed until late childhood or adulthood. First, your doctor will take a blood sample to send for laboratory testing to see if hemolytic anemia is present.

For the specific diagnosis of PK deficiency, further blood tests to measure pyruvate kinase enzyme activity may be necessary. Your doctor will take a blood sample to send to a specialized laboratory to ensure the accuracy of the test.

Analysis of the PKLR gene is also used to screen for, or confirm, PK deficiency. Genetic testing is useful:

How is PK deficiency treated?

A blood transfusion may be necessary for the developing fetus (intrauterine transfusion) if there are signs of poor growth related to anemia during pregnancy. Most newborns with PK deficiency will develop jaundice because of the breakdown of red cells and the inability of their immature livers to conjugate bilirubin. Some affected infants may require phototherapy for hyperbilirubinemia. During this procedure, intense light is focused on the bare skin, while the eyes are shielded. This helps to speed up the bilirubin metabolism and excretion.

Treatment in infants, children, and adolescents

In infants, children, and adolescents with PK deficiency, blood transfusions may be used. The decision to transfuse is not based on the level of hemoglobin, but, rather, how an individual is tolerating the hemolytic anemia. The goal is to avoid transfusions if possible, but they may be necessary, particularly in the first years of life, to support growth and development and avoid symptoms, such as fatigue or poor feeding. In older children, there are no standard criteria or schedule for transfusions, especially since the symptoms differ so widely between individuals. For individuals with daily symptoms from anemia, regular blood transfusions may be recommended. Others may only be transfused for acute infections. Other individuals may never have a blood transfusion.

Red cell transfusions cause a buildup of iron over time. The body does not have a mechanism for getting rid of iron and so with repeated red cell transfusions, iron begins to deposit in the liver. Iron overload occurs commonly in individuals with PK deficiency, even in the absence of red cell transfusions, through increased absorption from the diet. Chelation agents bind with iron to form substances that can be excreted from the body easily. Phlebotomy (regular removal of blood) can be used to unload iron from the body but is often not well-tolerated in individuals with anemia.

Sometimes, the surgical removal of the spleen, known as a splenectomy, may be recommended. Removal of the spleen may be considered if individuals require frequent blood transfusions or have frequent symptoms from anemia. Splenectomy, both open surgical and laparoscopic, has led to a partial improvement of the anemia in most, but not all, individuals. However, this surgical procedure carries potential risks such as life-threatening bloodstream infections and blood clot formation (thrombosis), which are weighed against the potential benefits of splenectomy in each individual. Given the risk of infection after splenectomy, most individuals wait until at least the age of 5 years before proceeding with splenectomy. It is also important that individuals receive additional vaccines prior to splenectomy, take prophylactic antibiotics after splenectomy, and follow strict fever guidelines.

Supportive care can include gallbladder monitoring due to risk of gallstones. Gallbladder removal (cholecystectomy) is pursued in individuals with symptomatic gallstones and in individuals at the time of splenectomy. Folic acid supplementation, which supports increased red cell production, is often prescribed. Vitamin D, calcium, and exercise may be important for bone health.

How we care for PK deficiency

The Blood Disorders Center at Dana-Farber/Boston Children's Cancer and Blood Disorders Center provides comprehensive diagnostic, treatment, and preventive services for a wide range of blood disorders. Your child will receive care from some of the world’s most experienced hematologists with extensive expertise in caring for children with PK deficiency.

Gene therapy is being studied as an approach to therapy for individuals with PK deficiency. The defective gene present in a patient is replaced with a normal gene to enable the production of the active enzyme. Given the permanent transfer of the normal gene, it could theoretically lead to a “cure.” However, at this time, this is under consideration as a research therapy only.

Researchers are also studying a compound called mitapivat (AG-348) that acts to increase the activity of the pyruvate kinase enzyme in red blood cells. Initial studies in non-transfused adults with PK deficiency have shown that this twice daily, oral compound may be both effective and well tolerated. In the initial study, mitapivat raised the hemoglobin at least 1 g/dL in half of the adult participants in the trial. The hemoglobin response is more likely in patients with certain PKLR genotypes. More research is necessary to determine the long-term safety and effectiveness of mitapivat for individuals with PK deficiency.

Because PK deficiency is rare, a registry for individuals with PK deficiency was developed to understand more about the variability and types of symptoms, complications, and treatments for this rare anemia.