Leptin is an adipocyte-derived hormone that suppresses appetite mainly through its action on a subset of hypothalamic neurons. It also allows the body to expend energy necessary for growth, reproduction, and immunity. The discovery of leptin more than a decade ago created hope that it might be used therapeutically in the treatment of obesity; however, except for rare leptin-deficient individuals, both diet-induced rodent models of obesity and obese humans are minimally responsive to leptin due to the development of leptin resistance in the brain. The molecular mechanisms of leptin resistance is yet to be unraveled. 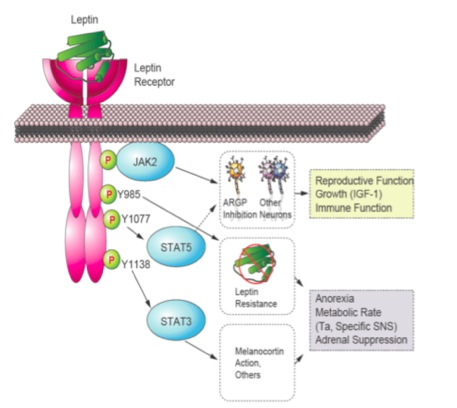 We have recently demonstrated that increased ER stress and activated UPR signaling in the hypothalamus is a crucial signaling network for development of leptin resistance. By reducing hypothalamic ER stress with chemical chaperones, for the first time, we succeeded to sensitize the obese-leptin resistant mice to leptin. One of our main aims is to investigate the signaling mechanisms that are leading to development of insulin resistance and leptin resistance through activation of UPR in obesity. We are using genetically modified cellular systems, knockout and transgenic mouse models to be able to understand the details of these pathways.